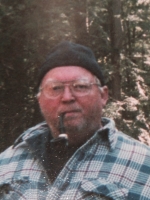 Dennis Michael Wenzlick September 20, 1948 - March 21, 2015 Dennis Michael Wenzlick passed away March 21, 2015. He was born September 20, 1948 in Saginaw, MI, to Jacob and Helen Wenzlick. He is survived by his wife Gloria of Melbourne; his mother Helen of Bradenton, FL; his son Shawn and daughter-in-law Wendy of Bryantown, MD; his daughter Kelly of Melbourne; two grandchildren Alanxander and Shannon; and his dog Hatteras. Dennis attended Douglas MacArthur High School and Delta College in Saginaw, MI. He joined the U.S. Navy in 1968 and was assigned to the USS Forrestal where he served in the Mediterranean. He was honorably discharged in 1970 and later served in both the Naval and Coast Guard reserves. Dennis gave back to the community in numerous volunteer posts. He volunteered as a scuba instructor at the YMCA and served in the local volunteer fire department while living in Michigan and later volunteered at the VA in Viera, FL. Dennis loved the outdoors and spent summers vacationing in Michigan. The Wenzlick family would like to thank staff from Holmes Regional Medical Center and the Viera, Orlando, and Pittsburgh VAs for caring for Dennis for the last few years.