During our 50th reunion, the class of 1968 honored all the Douglas MacArthur High School military veterans who served during the Vietnam War. Special recognition was given to five MacArthur students who died in Vietnam and two 1968 graduates.

Both drafted, they were our only class members to serve as combat infantrymen in the jungles of Vietnam.

We presented the Reinig family with Jim’s medals, military badges, unit and rank insignia at our 50th reunion banquet. At that time, we had not yet received Robert Nicklyn’s reissued medals.

On Saturday afternoon, May 11, 2019 twenty-five Nicklyn family members and Vietnam veterans gathered at Jake's Old City Grill in Saginaw for the presentation of Corporal Robert Nicklyn's medals and military badges, including the Bronze Star, Purple Heart and the Military Merit Medal the highest award for valor issued by the Republic of Vietnam.

In attendance was Nicklyn’s sergeant, Tony Dooley, from Atlanta who was gravely wounded in the ambush that took Robert Nicklyn’s life. 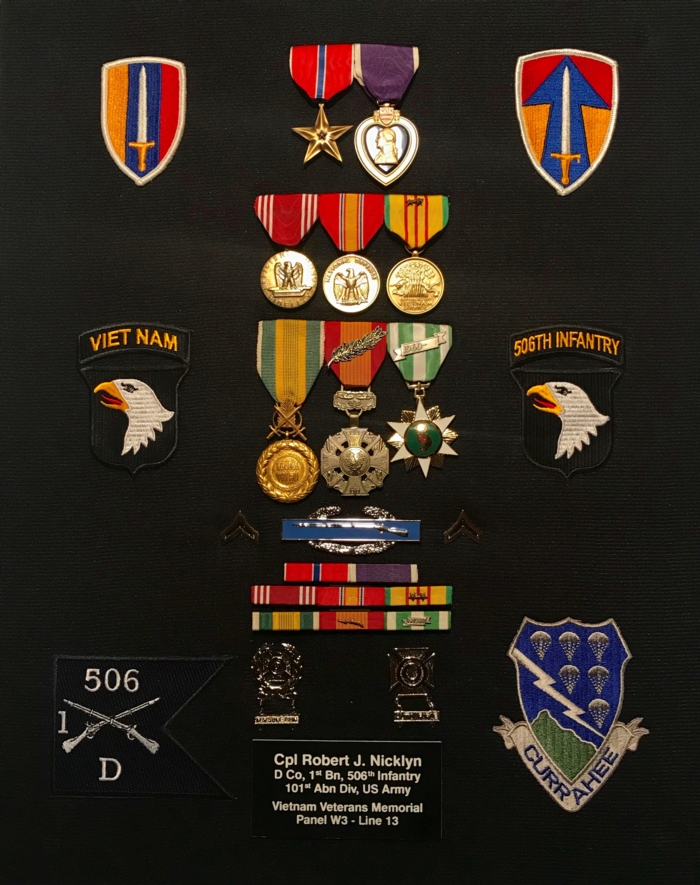